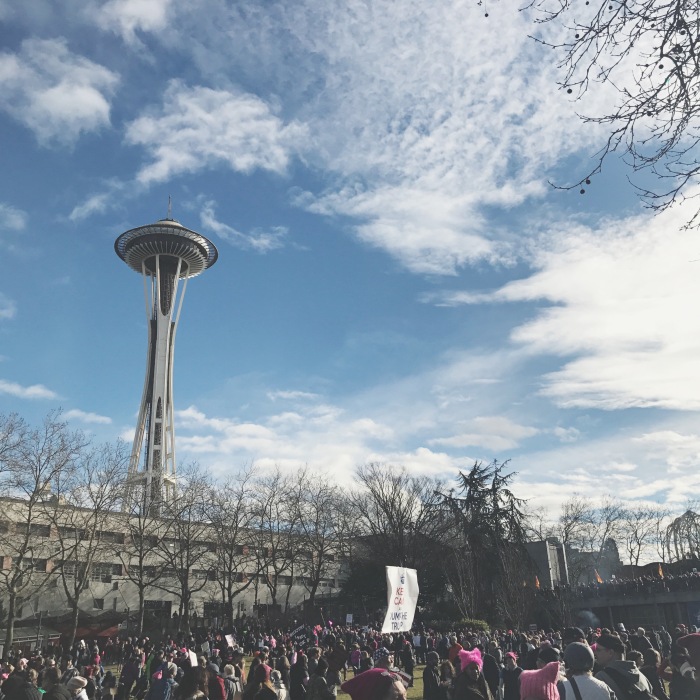 Saturday was one of the most inspiring days of my life. After a few months of darkness following one of the ugliest election seasons we have ever witnessed the WORLD WIDE Women’s March brought the light and was nothing short of spectacular. No matter what city you were in there was peaceful, meaningful, determined protest to be found and people were out in the hundreds of thousands in most major cities (even in Antarctica!) to have their voices heard. In Seattle the crowd gathered at Judkins Park and walked the three and a half miles to Seattle Center. The hubs and I decided to join in at one of the entry points downtown. Appropriately, we popped into Biscuit Bitch to grab biscuit breakfast sandwiches prior to marching and were surrounded by other marchers filling their bellies and gearing up for what we all knew was something historic. 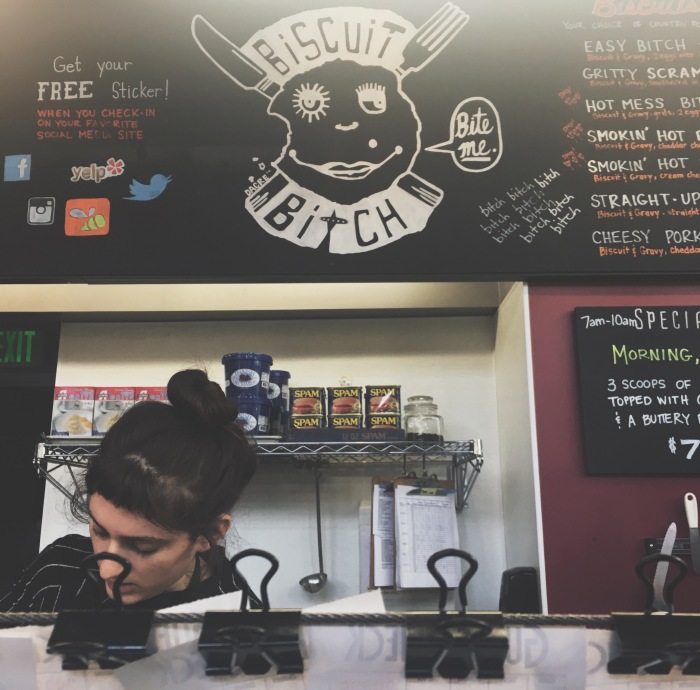 The perfect place to start the day 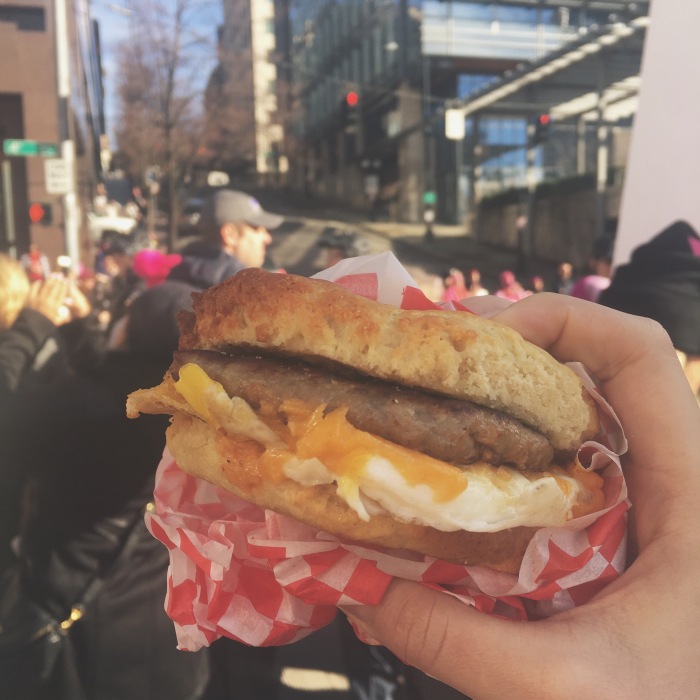 We made our way to the route and excitedly watched as the beginning of the march passed by, hanging out for awhile as spectators to take in the creative signs, drum lines and stump speakers on their megaphones with messages of grit and determination. I was completely overcome with tears at the site of this crowd. It was like watching a living reminder that people care in front of your eyes. Not only do they care but they are willing to take action. YES! Let’s take action! 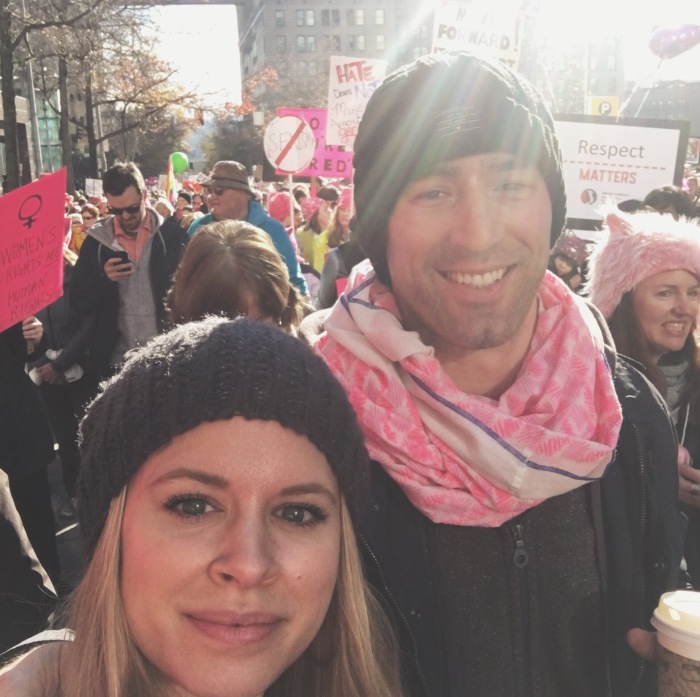 We marched side by side from the downtown financial district all the way to Seattle Center. It was cold, sunny and electric. Throughout the march a freight train like roar would approach us from behind as a wave of cheering and jubilation rolled from the back of the march to the front. Literally a “wave” of sound. I got chills every single time. At one point I received a text from a girlfriend much farther back in the progression saying, “I am not shitting you, there are two bald eagles circling over us and the crowd is going wild.” Well if that isn’t a sign I just don’t know what it. 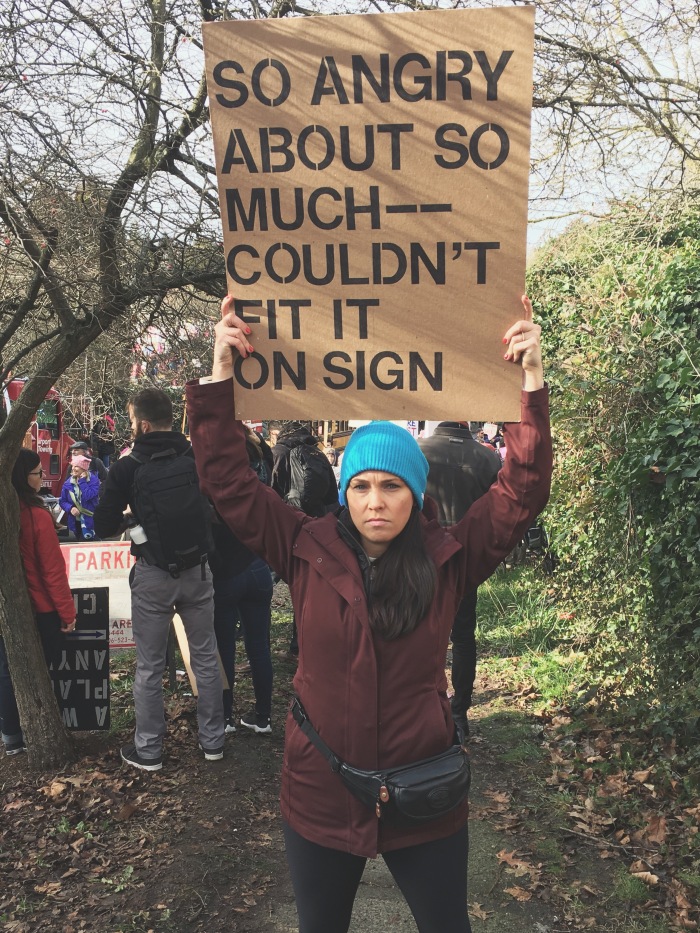 People were excited to be there. It felt like a first real step in taking action versus feeling helpless in what to do. I told the hubs after the election that we have entered a new phase of life we as young adults have never experienced before. Up until now it felt (admittedly very naively) like enough to be educated on the issues, vote and donate your time or money from time to time towards something you believe in. Not anymore. We are in a new era where action is necessary. The way I see it it’s time to pick the one or two things you feel most passionately about and commit to making a difference. Whether that is with regular donations to organizations you support or making a commitment of your time to help. If you (very fairly) feel overwhelmed by exactly what actions to take, the organizers of the Women’s March have put together 10 Actions in 100 Days that everyone can do to make a difference (check it out HERE). Nothing is too small or too big, but we all NEED to do something. The time is now.

A few more pictures from the day below. I also loved the following messages I didn’t capture in pictures…

“If men could get pregnant abortion would be ethical, legal and funded.”

“A princess’s place is with the resistance.”

“I bet you think this march is about you.”

“Men of quality do not fear equality.” 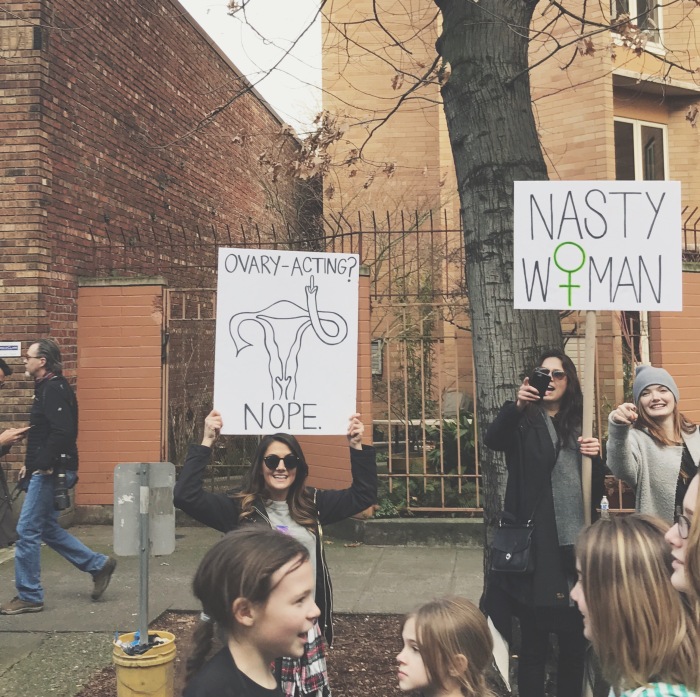 One of my favorite signs of the day 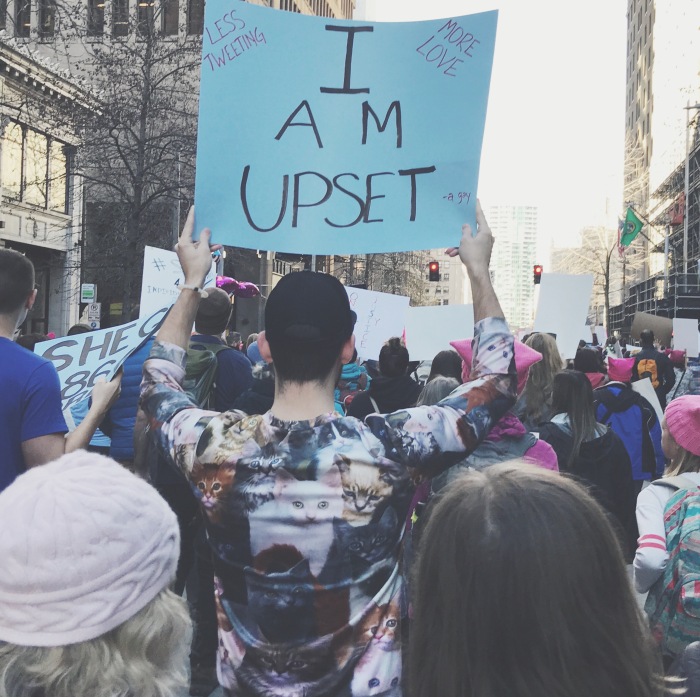 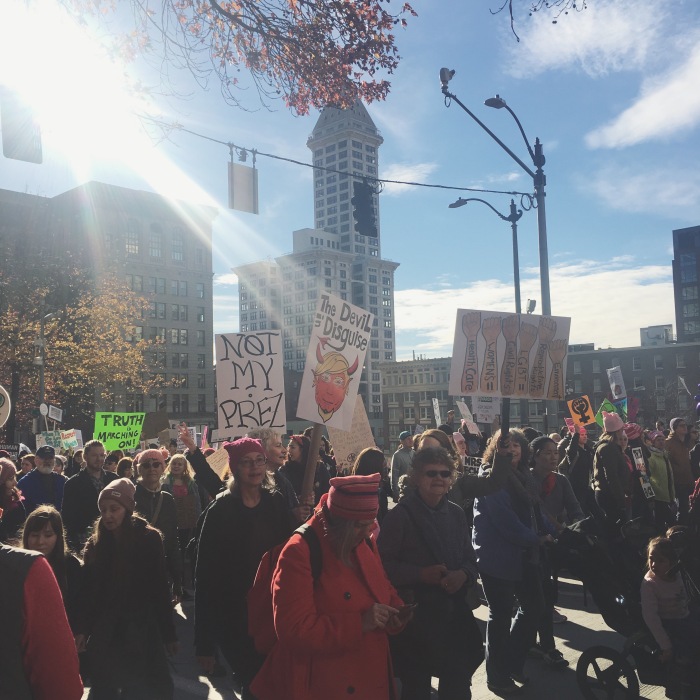 The heaven’s seem to agree